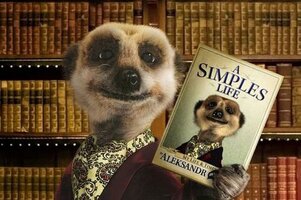 ​
A large part of the latest maintenance phase has been to lose some bloat, without losing functionality. Features such as Reviews are useful in concept, but became quickly apparent that they were quite long-winded and not so straightforward to use. Content was having to be duplicated to get things running something like I'd expect, which in the scheme of things seemed a bit pointless as the time could be better spent elsewhere.. I've also been sat on a license for a Blogs system, but held off on implementation due to similar concerns and I'm glad I did.

Instead, I've reverted to simply using good old forums for Review and Blogging features with some slight alterations.. It's as easy as posting a thread (because that's what you are doing), and through using existing functionality the rest is pretty much taken care of! Reviews can be posted by all users, but they'll go into moderation before being published.. and instead of having to 'create' a blog before posting entries, post away!

I'm making similar adjustments elsewhere too. Trophy score is going to be a thing of the past, with the "Most points" member stat being replaced with "Most trophies". Staff reply indicators from the Suggestions and feedback forum have been removed.. and I'll do a quick review of the (many) remaining add-ons that are installed to see if there's any further bloat that can be lost.

Of course, the maintenance is still ongoing throughout the weekend and needless to say that things could look a bit weird as things are being finalised.. Don't panic (yet!), I'm working on it. Oh, and I posted this as a blog entry largely as a test..