Getting hold of a PS5.

Currently reading:
Getting hold of a PS5.

So for those in the UK, the PS5 was released yesterday. Kind of.

Nobody seemed to be able to get hold of one, even some of those people that pre-ordered the thing have been told there's a delay. Most stores ran out of stocks by the morning, and some retailers are blaming poor delivery services for their issues (some couriers were saying the unexpected size of the thing meant it couldn't deliver as many as it thought in it's vans). There's even Instagram-style AR filters out there which project a fake PS5 box into a video.

You'd think with all the pre-orders flying around the retailers would know how many to allocate and realistically should have been able to get these machines out to whoever needs them. I know manufacturing isn't running as it should because of COVID, but still... Scalpers seem to be able to get hold of them quite easily...

Anyone here been trying to get one? Anybody actually got one??

I decided not to bother, and I'm kinda glad I didn't... I went for a PC upgrade instead which gives me the Ray Tracing stuff I was missing.. which the new consoles support. I won't be able to play any of the exclusives, but I'll be able to run all the other stuff better..

As reported by the BBC: 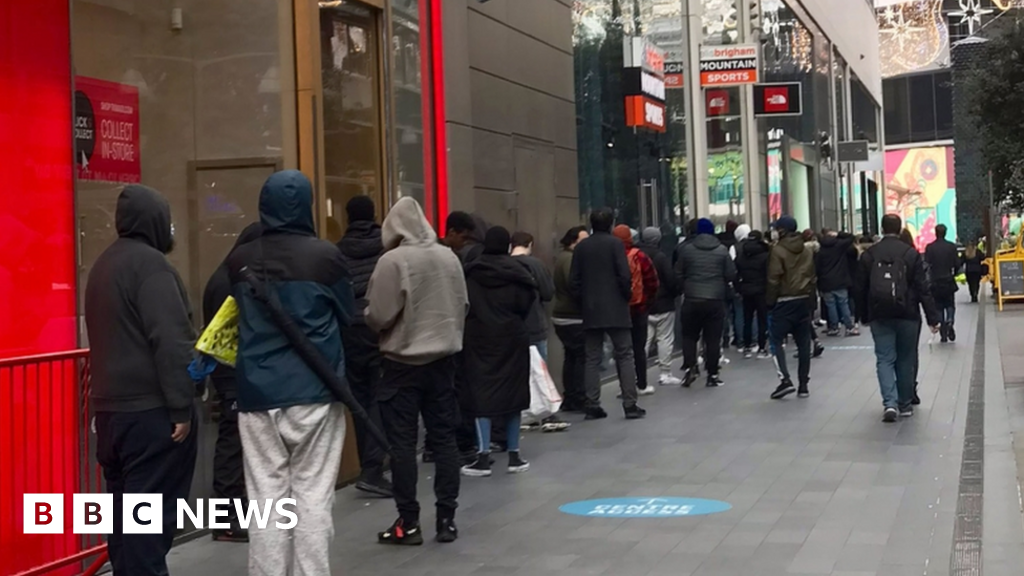 Huge demand for the new PlayStation, coupled with its size, means pre-orders may not arrive on time.
www.bbc.co.uk

I'll most likely get one, but not for a couple of years at least.. I guess we should be kinda used to botched console launches by now, it seems to be a reoccurring thing where there's never enough stock to meet the initial demand.

I don't have the spare time to play the games I already have, hence my backlog is currently in a pretty unmanageable state. I decided instead to invest in a new TV, and upgrade my 12-year-old Plasma to a brand new 4K set with HDMI 2.1 support. I'm just waiting on delivery..
Comment

To be fair, I'm really not surprised they're struggling to get these out. AMD, Apple, Nvidia are all buying their wafers from TSMC, and in AMD's case they use them for their CPU's AND GPU's, and they're of course also making parts for the PS5 and Xbox. Adding COVID to the mix it's pretty understandable that TSMC are struggling to keep up with the demands of these behemoth companies (AMD aren't huge when compared to the others, but since Sony and Microsoft are their customers...)

It took about 3 months for AMD's desktop CPU shortages last year to stabilize, in this case with higher overall demand, Christmas and COVID my bet would be they'll all be more readily available maybe April '21.

As for when I'll get one, whenever Persona 6 comes out, if Atlus still keep it PS exclusive I think buying consoles close to their launch can be kinda silly because there's always initial run issues (like RRoD) and for it takes a while for a consoles library to build up outside of ports.
Comment

I was very lucky to be able to get my hands on a pre-order when it was available on Amazon in the UK for the first time. It was delivered on launch date and I am loving it so far!
Comment

Scalpers are the worst. I'm not interested in the PS5, but it seems like everything that comes out now gets scooped up and resold at ridiculous prices.
Comment

HolisticStorm said:
Scalpers are the worst. I'm not interested in the PS5, but it seems like everything that comes out now gets scooped up and resold at ridiculous prices.
Click to expand...

Yeah, I was talking about this just the other day to a colleague.. Then we decided that if we can't beat them, we'd join them with the PS6

We were only (partially) joking. I mean, you can kinda see why people do it - it doesn't make it any more right though..
Comment

I understand why some people do it and honestly, I won't have a huge problem with a few people doing it. My problem is with the idiots that are buying the console in large quantities. Saw a picture of one guy with more than 15-20 PS5s
Comment

I wonder how they are doing with shipments this far after Christmas for the PS5 and Series X. I got lucky around Christmas and got a Series X off Microsofts site but they weren't doing that good of a job and I think I'm hearing the issue is still there. Hoping they get more shipments in for people who haven't got one.
Comment

Due to the semiconductor shortage things are still quite tight for PS5's.

However.. Luck being on my side (for some reason) I just won a PS5 bundle with extra controller and a t-shirt (and it was in my size too.. Win!) It's now sitting beside my TV... it is enormous. It's the disc version as well. I feel pretty damn good about it!
Comment

I keep having the occasional look for PS5's out of sheer morbid curiosity, than actually wanting one.. They're still like gold dust!
Comment

So my super quick and dirty feedback on the PS5... As I didn’t pay for it I don’t feel like I HAVE to get ‘my money’s worth’

There are hardly any games as you’d expect, it’s still a PS4 game system at the moment. Thankfully it plays all those just fine... Some games are enhanced for the new console but most act like they did on PS4 choppy frames and all (FF7 remake).

The standout is the controller for sure. It’s amazing what that thing can do. I have a gaming PC that can outperform PS5 on a graphical standpoint but that pad is staggeringly awesome if used right by developers. The included Astro demo which comes for free is an amazing experience from start to finish.. It’s one of the best games on the platform even though it’s just a short demo..

...and still it's nigh impossible to get a PS5 in the UK.

There's reportedly a stock drop happening some time this week, but we'll see. Argos have supposedly been the best retailer to get them from so far, with Amazon surprisingly bringing up the rear.

There are also reports that Sony have changed the chipset already to try and ease the shortage.
2 Comments

Oblivion Knight commented
I might have just secured one through Argos.. Yes, I know I said that I wouldn't bother for a couple of years

jamesyfx commented
Welcome to the family! Truth be told I haven’t touched my PS5 for a good month now.. I’m still waiting for those exclusives! But it’s good to secure one if you can.