Wiki team
So I've been tinkering around with my photo clean-up skills, and lets be honest these tools are becoming more accessible and more powerful as time goes on.

I've been messing around with some of the old pre-rendered scenes from Resident Evil 3... I wanted to keep it faithful, I didn't want to involve any A.I. upscaling as they kinda 'make stuff up' and try to make assumptions as to what it thinks it's looking at based on what imagery it has in it's arsenal.

What do you think? Improvement or barely noticeable? If people are interested this could be an official UO project.. albeit one with limited scope. As it's just me.


This is the original, untouched background:

And here's one I've tried to clean up.. 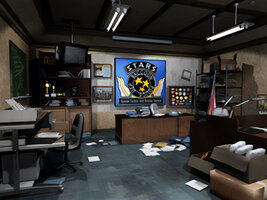 ​
If I were to critique myself, I'd say while overall clarity and edges are much cleaner.. some detail is lost, but overall everything is there that was before. I'm also working with a 640x480 compressed image.. there's not much to work with. Also, in this case it's quite a busy looking scene.. a lot of rooms are literally corridors and stuff so could potentially 'upscale' far better!

Definitely looks pretty decent. There are some portions of the picture which look a bit oily, for instance the STARS poster or the boxes near the front of the picture, but overall it does look a lot cleaner than before. I'm impressed you were able to achieve this without using AI of any sort.
Comment

Wiki team
I noticed there is a project out there called Rebirth, which aims to upscale and improve the first three RE games. While theirs do look sharper.. you can tell they're mostly AI enhanced as things have changed shape. I'm still messing around with my method and of course each scene really needs to be tinkered differently too.. There is no one-fix-all unfortunately!


Here's another set... I tried to retain as much 'sharpness' as possible. 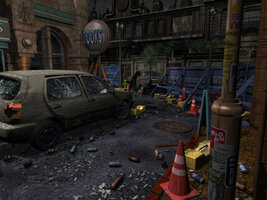 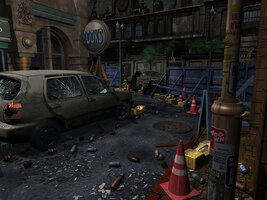 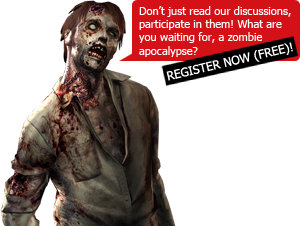